I forgot to take photos of week 1 of the CSA delivery. These are from week 2 but it is similar and includes the once-a-month meat delivery. The vegetables confused me because the band holding them together is labeled “County Line Harvest Farms/Organically Grown in Thermal, CA. USA.” 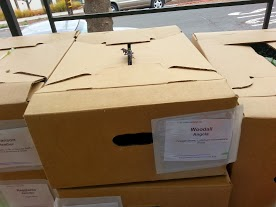 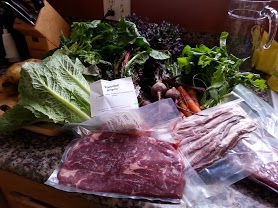 I didn’t even know where Thermal was. This is how the County Line website describes the farm: “County Line Harvest is a certified organic farm with two locations in California: one in Petaluma, Marin County, and one in Thermal, Riverside County.” I thought I was dealing only with one farm, the one in Petaluma until I looked more closely at Tara Linda’s website and read that they source from several producers, such as Strauss (along Hwy 116 in Petaluma) for dairy. Tara Linda supplies the meat. Lesson one.

But the greens and carrots were noticeably different from even the organics at Berkeley Bowl and Whole Foods. They cook differently too. I’m beginning the understand that is because of what Michael Pollan calls “supermarket organic.” The way a lot of the organic food we pay dearly for at Whole Foods etc. is grown resembles industrial farming only without (all) the chemicals. Clever marketing but hollow in the end. I’m even hesitant to say that CSA was better for fear that I’m being duped and if I were to visit the farm wouldn’t be much different than the ones supplying the big chains. And Riverside County isn’t what I think of as local. That makes me worrry.  I got a recommendation for Clark Summit Farm as multigenerational, authentic. But you can see from their How-to Buy guide they’re not as consumer friendly as Tara. And no vegetables.

Tara Firma is slicker and a different beast than Clark or Gleason. But I trust Tara Firma and the ranches are doing good work. Maybe I’m getting too wrapped in the minutia of this stuff. It’s just that I wanted to have confidence in my decision and that, as I said earlier, I am not getting slow-washed. I wanted the easy way out, I admit it, without driving to Riverside County for a scheduled visit (no drop-ins).

Postscript: I cancelled my vegetable order. I was not seeing the quality of other CSAs I looked at online or growers at the farmers’ market. And there’s only so much Russian kale I can eat. I made the best bistro beef stew from the chuck loin and carbonara from the bacon. 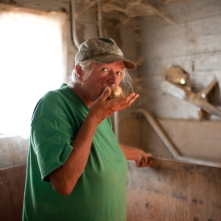 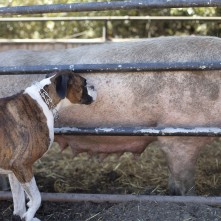 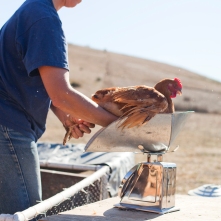