Deciding to write a book is like getting engaged. It is at once exciting and frightening, and you have to be prepared to stay together for a long time. But the story behind Gleason Ranch is impossible to turn away from. Even food guru Michael Pollan had bestowed his benediction: “This doc goes beyond the romance of farming… [it’s] a hard look at the struggles…” So within 10 minutes of seeing a trailer of Morgan’s documentary about the Gleasons I could see the story unfolding on the page.

It was the scene with the sows that got me interested. Great big, bossy, Gleason Ranch sows in a pig barn built for them. They watched with curiosity and maybe a little amusement at the humans — Nancy Prebilich and her nephews — cleaning the stalls of messes the ladies had left. One of them rested her front paws on the gate of her stall for a better look at the hard and tiresome work being performed by the fourth and fifth generations, respectively, of Gleasons on the land. They looked nothing like the sows raised in the usual industrial system — enormous pale pink pigs kept pinned down in narrow metal crates with nothing else to do but eat. They stare blankly ahead. By now most people have seen those pigs either in person or in images. In contrast, the Gleason sows and their offspring had the run of the ranch with the sheep and the chickens and other animals.

Morgan had been filming the Gleasons for four years so I had heard about the project, the twists and turns that barreled at him and the family. Nancy and I met for the first time at the fundraiser for the film, where I saw the trailer. A few days later I rode out to spend some time with her and Morgan, as well sheep, goats, dogs, horse, cow and guard llama, Ace. I wanted to make sure there was enough story and character for several hundred pages before committing. To be honest, my mind wasn’t made up until later that night when we stepped into the hall of the Sebastopol Grange #306. I needed something that put the Gleason story in context, something bigger than one family. Inside the pastel olive-colored hall, I started hearing the stories of other Sonoma County farmers being squeezed by big-time developers looking for land to feed the ever-growing wine business and Rousseauian fantasies of wealthy Bay Area dwellers. Sometimes the two overlapped.

The Sonoma County growers I met at the Grange that night were as libertarian, independent and contrarian as any of their farming brothers and sisters. But one of the youngest men there was dressed in an old 70s-era plaid suit, cowboy boots and a gnarled ranchers hat. The chaplain, a strawberry blonde in her 50s, wore a Medieval-cut tunic and Native American-styled accessories and opened the meeting with a prayer — a poem by Rafael Jesus Gonzalez. A middle-aged women in a black leather jacket, cargo pants and black ankle boots carried a chihuahua. A ring of tiny daisies crowned the head of a teenage girl. That night happened to be the annual election of officers to the Grange, which moved swiftly with no contests between candidates until it got to nominations for the three muses, Flora, Pomona, and Ceres. A competition sprung up for Flora, requiring a secret tie-breaking ballot. I never want to lose a group that idiosyncratic. I made up my mind by the time we started driving back to the Bay Area.

What you will read here on the Gleason Ranch blog is not verbatim from the book. Rather, the blog records discoveries along the way about the food, the land, the farms, the vineyards, the people. For one thing, I discovered a huge coincidence: My partner’s grandparents ran a dairy just down the road from the Gleason Ranch. In fact, his aunt Maria and Nancy’s mother, Barbara, were childhood friends since they went to the tiny one-room Watson schoolhouse in Bodega. Barbara was Maria’s model during her state cosmetology exams. In recent years, Barbara and her husband, Tony Prebilich, stopped by Maria’s housewares shop in Cotati on their way to the feed store. There were many other coincidences and connections. And nearly every day since I have learned something new about where we get our food, why we eat the way we do, what regulations are hurting or helping farmers and what the future is for them.

For starters I started to see the new iteration of greenwashing. Or, as I have to think of it, slow-washing.

I spent the day with the Vanoni family on their Geyserville ranch, an 1,800 acre piece of Sonoma County land overlooking Alexander Valley. The sun shone hot on the scrubby fields grazed by horses and cattle for more than a century. Looking over the hills of the Vanoni ranch was breathtaking, like seeing the world filtered through the honey glow of a bottle of perfect chardonnay — gold, shimmering, warm. A breeze rustled through the old Oak trees and a trio of cats of various ages and colors sunned themselves on the warm cement near the horse stables and workshop. 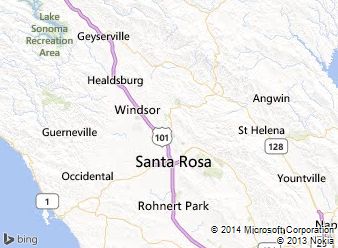 The Russian River below separates the Vanoni land from the miles of vineyards that stretch with perfect symmetry in the valley below, their grand estate houses on the hills above. These grapes belong to Gallo, Silver Oak, Pastori and others whose names that I haven’t heard before. Cal Vanoni, the fourth generation of the family, handed me a pink-purple tuber that reminded me of a giant larvae. “I know it looks like a grub,” he said. The sound of gunfire coming from down the hill at a shooting range for sheriff’s deputies erupted every 15 minutes or so.

We first met at a Sebastapol Grange dinner a few months before. Dark, strongly built but on the wiry side and not much taller than me, Vanoni worked for years in what is politely called pest control. He quit the business and now grows rare crops like Andean machua, quinoa, corn and the lumpy tuber he handed me. I cradled the creature called oca in my palm before biting into it’s crunchy body. The taste and texture reminded me of parsnips. “I think it has a grapey taste,” Vanoni said. He sells his goods at farmers markets and to some of Sonoma County’s high-end restaurants. (Lady Gaga went out of her way to eat at Catelli’s in Geyserville a couple years ago).

Shoppers at the Santa Rosa Community Farmers’ Market, at the Veterans Building buying the tubers grown by Cal Vanoni on his family’s land. Vanoni is standing in the background.

“It’s hit or miss,” Vanoni said, meaning farming income is seasonal and even then unpredictable because of the weather. His father, Ed Vanoni, a thin man who appeared in a crisp indigo blue denim shirt, blue jeans cinched by a big rodeo-style belt buckle and spotless cowboy hat atop his bald head, is feeding his herd of about 100 cattle longer than he ever has in 61 years. That’s what Cal tells me.  The lack of rain has for weeks been a constant anxiety and topic of chatter and in newspapers. I feel guilty because I dislike rain and love the warm weather. “It’s 12 degrees above normal,” Cal announced.

The Vanoni land most of the in Sonoma County was part of the Spanish-Mexican land grants established in the 18th century. Those pieces of land were vast, as far as the eye could see. Ed Vanoni’s grandfather bought 1,500 acres and his son added 300 more. Most of the land around them has since been divided and subdivided into smaller and smaller parcels and will likely continue to be cut up more. The Vanoni family could never afford to buy their land today. People call it “land rich, cash poor,” and it’s a condition afflicting many if not most of the old Sonoma County farmers and ranchers. “In agriculture, in farming, that is the norm,” Johanna Vanoni, Cal’s mother, said. She was sitting under the thick limb of an old Oak tree, the setting sun creating a soft glow around her. It is her aqua-clear eyes that her children have inherited.

The future of the land will be in the hands of Cal and his three siblings when Johanna and Ed Vanoni pass away. Joanna knows that and she’s seen plenty of other families sell off piece by piece. That’s part of the reason they’re surrounded by vineyards and people from the city.

It was four o’clock and time to start the drive back down their long road to town. At the bottom of the valley, sprinklers watered a patch of grapes. The water was going when I arrived at the Vanoni ranch in the morning, five hours earlier.

I finally stopped flirting with the idea of a CSA and signed up. I pay $20 a week for a box of vegetables and $40 a month for meat dropped off weekly nearby.  It took me about two years to do it, though. For one, there’s the memory of wrinkled apples and wilty lettuce that used to come delivered stamped with the word organic in bold letters on the drop-off boxes. Also I didn’t know if the quantity would suffice. Plus I have to admit the bargain produce at Berkeley Bowl drew me like a magnet especially with two teenagers who ate like football players. I checked out a meat CSA but don’t have room in the freezer for a side of beef and half of a lamb. It’s possible to buy a freezer to put in the carport downstairs but the electricity stopped working and then I’d have to worry about keeping it locked up. I was also plain indecisive.

Finally I signed up for Tara Firma, a place in Petaluma that raises animals.

The farmers market near my apartment is lavish and convenient but the advice I kept getting was to go straight to the producer and cut out the middleman (or woman as the number of women farmers is growing). I got the impression a few years ago while working on a slow money article that farmers preferred CSAs in many ways. It seems like it is one way to put the money in the pocket of the farmers instead of stores. Not that they’re always farms run by family so I don’t want to sound too naive. But just look at these photos. I pick up my first shipment tomorrow.